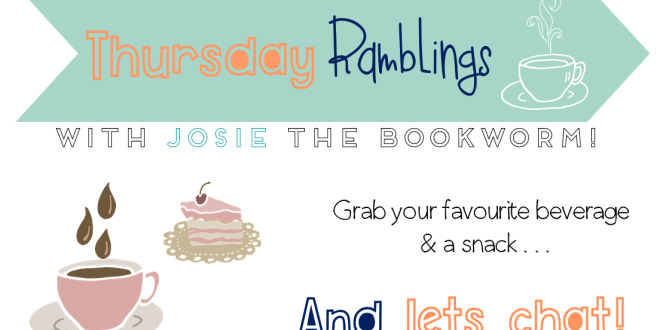 Hello bookworms! I hope you are enjoying you Thursday! Today, for this week’s Thursday Ramblings, I am bringing to you a special post, where I introduce my novel, by linking up with a special link up called Beautiful Books!

What is Beautiful Books?

Beautiful Books is a writerly blog linkup event, focused on NaNoWriMo novels. This month we’re introducing your work-in-progress and next month we’ll talk about YOU as a writer (!) It was designed with NaNoWriMo in mind. NaNoWriMo is a writing event where you write a 50,000 word novel in a month. But you can do it for ANY novel if you’re not a NaNo participant.

While I am not officially participating in NaNoWriMo, I am definitely in the process of writing a novel! And I am riding the NaNoWriMo writing wave to do so! And also, I want to let you all know about my current novel-in-progress, to be perfectly honest.

If you want to know more, click here to go to Cait’s post where she explains everything about this!

How did you come up with the idea for your novel, and how long have you had the idea?

During one of my many daydreams in the shower, pondering about life and my next writing project, the idea for my current novel popped up. It started with one idea, of an outcast with a sense of revenge who accidentally does something that gets her caught up in a complex and dangerous magical conflict. From there, my mind began to run wild!

Why are you excited to write this novel?

I can think of only one way to do this, so I am going to give you a list of reasons why I am excited about writing this novel:

What is your novel about, and what is the title?

Okay, so this is a little awkward… I have no idea what the title of my novel should be! So I am just calling it my “work-in-progress” for now! As for the story, let me give you a run-down.

My novel is a fantasy/adventure, about a nineteen-year-old female Dark Elf named Lina, who has a troubled past, and is an outcast in the realm of Eloria and the last of her kind. Disguised as someone else, she lives by selling meat, stealing food and stirring up the royal guards by getting herself arrested and escaping the next day. Unfortunately, she steals an invaluable orb from a witch, and must get it back to prevent a curse from being put upon her. The only problem is, she’s handed it right into the hands of the people who she despises the most, and she isn’t the only one who wants to get their hands on it.

(That, was indeed a horrible summary, I apologize)

Sum up your characters in one word each. (Feel free to add pictures!)

I’ve only got two proper characters so far, but I promise, there are so many more to come!

Which character(s) do you think will be your favourite to write? Tell us about them!

I am very excited to jump into Lina’s character and explore her in depth, with everything from her past, up to her current personality. However, I think Slade is the character I am most looking forward to, because he’s an assassin who is quite mysterious and his intentions are not very clear. I am already loving his personality!

What is your protagonist’s goal, and what stands in the way?

Lina is the protagonist of my novel, and initially, her goal is to get back the orb she stole and sold, to prevent a curse being set upon her by a witch. What stands in her way is a cunning assassin, and two powerful sides fighting for what she wants. However, one of her biggest motivations is revenge for the things done to her in the past.

Where is your novel set? (Show us pictures if you have them!)

My novel is set in the fantasy world of Eloria, a realm of vast open lands, sandy deserts, snowy mountains and thick forests. To the north, lies the Highlands of the Elves, known as Milerseia where the High Elves live, their land bordered by thick, enchanted forest. To the north-east, lies the Black Plains, a vast stretch of desert land, known for housing the home of the greatest assassins in the realm. And to the south lies the Elorian Empire, which was once known as the land of the Dark Elves but was taken over by overseas settlers a few decades before the present day of the novel.

What is the most important relationship your character has?

Lina’s most important relationship in the novel, besides her relationship with her parents (who are already dead, I might add), would be with Slade, the assassin. He and Lina’s relationship is important as while they do not trust each other one bit, their paths are inexplicably linked  through circumstance and event, as their goals and tasks intermingle, causing them to both question their motives throughout the novel.

How does your protagonist change by the end of the novel?

Lina gets challenged many times throughout the novel, and by the end, I’m not really sure how she will change. But perhaps I will get a clearer sense of that once I know more about this story myself, as I write it!

What themes are in your book? How do you want your readers to feel when the story is over?

I don’t know if I have any particular themes! Oh oh, revenge is definitely a theme in this novel. Another is possibly, identity.

BONUS! Tell us your 3 best pieces of advice for others trying to write a book in a month.

Honestly? I can’t think of anything because there is no way I could write a novel in a month!

So there was a brief introduction to my upcoming novel! Honestly, I am a pantser type of writer, so I write without planning most of the time. And I am currently in the process of getting back into my novel after being away from it for so long (a bit more than a month). So forgive me if this sounds very confusing for vague. I hope you enjoyed me rambling about my novel!