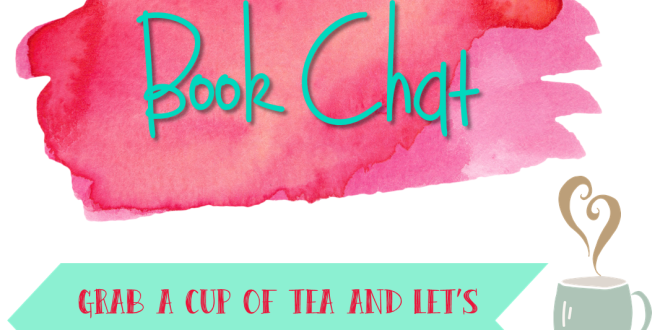 Hello bookworms and welcome back! Today, I am bringing you a filled-with-love-and-hardcore-fangirling review of Heir of Fire, a book I recently just finished re-reading with Anjie @ Love Thy Shelf. Heir of Fire by Sarah J Maas is the the monumental third installment in the Throne of Glass series, a fantasy series following a female assassin, recently taken from a slave camp.

Click here to see the blurb for the first book, Throne of Glass.

WARNING: IF YOU HAVE NOT READ THE FIRST TWO BOOKS, DO NOT READ THIS REVIEW. YOU HAVE BEEN WARNED.

You know a book is amazing when you re-read it and it makes you cry more than the first time.

So obviously this book gets 5 stars. OBVIOUSLY.

I found myself sobbing at so many moments and even during scenes which didn’t make me cry the first time. This series remains my favourite of the year and its going to take a damn good book to pull me away from my boundless love for this series, for Celaena/Aelin, for Dorian, for Rowan, for Aedion, for Chaol, for everything that makes up this series. But if I’m being totally honest, nothing will surpass it. I live for this series.

Since I have already done a review of this book, which you can find by clicking here, this will not be a conventional review. Instead, I am going to highlight the best parts of this book, the parts I adored, the parts that made me cry, that made me want to grab my heart and throw it into a bucket of ice because the feels were just burning too strong. Too strong, man.

She was the heir of ash and fire, and she would bow to no one.

Reading this the second time around, Celaena’s battle with herself hit me even harder. This may have also been due to the fact that I recently read The Assassin’s Blade before re-reading this. But nonetheless, I found myself sobbing and holding back uncontrollable tears as Celaena began to face the darkness within her, the raging anger, sadness and loss that she had built up around herself

Her struggle really hit me because it was the struggle of a true queen who would rise up stronger than ever to claim her rightful place in the world. I am in Aelin’s court, TO WHATEVER END. I do not care if people are hating on her in Queen of Shadows, I am with her. She’s nineteen for heaven’s sake! She’s still trying to find her place in the world and she had already proved herself to me as the mighty queen she is bound to become.

Celaena reached across the earth between them and brushed her fingers against Aelin’s. And arose.

It was a total heartache to witness her fighting against herself and the biggest display of her development comes through her ability to control her magic. The scene with Maeve… gosh my eyes filled with tears faster than you can say potato! (Potato? Don’t even ask… I don’t even know.)

And then Celaena set the world on fire.

First of all ROWAN. Let’s take a lovely moment to fangirl about Rowan, my bae until the end. Rowan is a tough, brooding Fae warrior, with a very high wall up around him. Learning more about him and seeing his true personality shine was like ice thawing in very, very slowly. (Ice… do you see what I did there? *giggle*).

If I was already in love with Rowan the first time, this second time around has caused me to give my whole heart to him. There’s so much depth to this glorious male, so much more to  learn about him. He’s got a heart of gold underneath that harsh, quiet exterior of his. And gosh, do I need a Rowan in my life. *Calling all who think they can match up to Rowan’s level* AKA, no one… ever.

“To whatever end?” … Their hands clasped between them, he whispered into her ear, “I claim you, too, Aelin Galathynius”.

Now for the Rowan/Aelin duo. I must point out that I SHIP THEM UNTIL THE END OF TIME. And now I must point out that there is no romance between them whatsoever (but please let there be SOMETHING in Queen of Shadows!). They are both troubled souls. Their relationship however, can make many shift uncomfortably. They are very violent, brawling and insulting each other the moment they are within proximity of each other. Theirs was a slow-burn friendship that turned into an unbreakable bond of loyalty and trust. GOSH I CAN’T HANDLE IT *fangirls*.

I claim you, Aelin. To whatever end.

A new addition to the story, theirs was the story I cried the most over. Manon, a cold-blooded, born to be a heartless, stone-cold killer, an Ironteeth witch. I loved everything about her story. Her choosing of Abraxos, her development as not just the leader of The Thirteen, but as Wing Leader, her friendship with her second and her own character development just made me cry.

The first scene between Manon and Abraxos had me sobbing the moment I started reading it. I honestly shocked myself. And I proceeded to further shock myself, following their journey and the support the other witches gave Manon. The thing I loved most about Manon’s part of the story what her development. A supposedly heartless witch finding out that there may be more to her than emotionless killing. LOVED IT.

With every breath, Aedion felt that lingering scent wrap tighter around his heart and soul. When she came back, he was never letting her go.

When it comes to Aedion, it’s endless swooning for me. Everything about him makes me melt. I even liked his brash, arrogant and cocky attitude when he was first introduced. However, it was the moment when he found out Aelin was alive, that broke down the remaining walls of my heart and flooded them with love for Aedion. Such as perfect balance and contrast to his personality, the boundless loyalty he has to Aelin.

He looked at his friend, perhaps for the last time, and said what he had always known, from the moment they’d met when he’d understood that the prince was his brother in soul. “I love you”.

Here’s something that Joey @ Thoughts and Afterthoughts would be thrilled to hear. This series has the best bromance ever. Chaol and Dorian, I ship your bromance until the very end. Chaol, no matter what, is unnervingly loyal to Dorian, no matter what and his choices, especially towards the end of Heir of Fire, reflect this.

I will not serve you a moment longer. There is one true king in this room – there always has been. And he is not sitting on that throne.

Let me tell you right now that that quote above just made me burst out in tears. The bromance is real and thriving and gosh darn it I can’t wait to see even more of it in Queen of Shadows. But after what befell our beloved Prince Dorian, I fear for what will become of him. Dorian fans, lets band together and save him!

I hope you all enjoyed this different style of review! And I further hope it shows my undying love for this series. If you couldn’t already tell. I LOVE THIS SERIES.