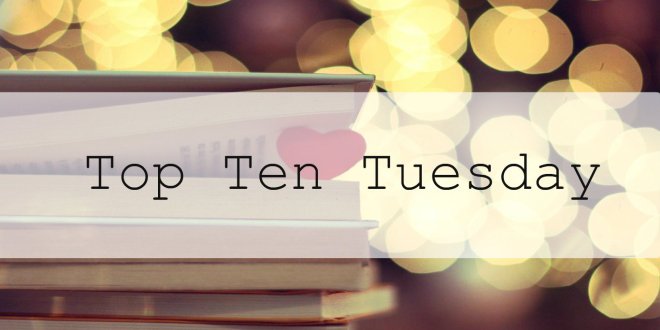 Top Ten Authors I’ve Read the Most Books From

Hello bookworms and welcome back to Josie’s Book Corner! Today is Tuesday, and I bring to you another installment of Top Ten Tuesday – a meme created and hosted by The Broke and the Bookish! Definitely check out their page by clicking their name, to see more info about this awesome meme!

This week, the topic is our top authors in which we have read the most books from. This is going to be an easy one, I think but it gives the opportunity to spotlight some of my favourite authors! So without any further delays, lets get into this list shall we?

I’ve read 6 books of his, all within the same series and it’s one of my favourite series of all time – The Secrets of the Immortal Nicholas Flamel series. It’s fantastic! It’s made up of 6 books: The Alchemyst, The Magician, The Sorceress, The Necromancer, The Warlock and The Enchantress! It’s an amazing adventure filled with magic and weaves in a ton of mythology which I adored and was executed so so well. If you haven’t read this series, I really recommend giving it a try.

I’ve read an incredible 12 books by P.C. Cast and all twelve were part of the House of Night series. As a younger reader year ago, this was my favourite series, and I loved it so much that at the beginning of this year, I re-read the entire series. I am not going to name all twelve books, because that would be tedious. However, the first book is called Marked. It’s a really great twist on the vampire genre with a mix of magic and fantasy thrown into it all.

Cassandra Clare is one of my favourite authors of all time. Her writing really appeals to me and her The Mortal Instruments series was amazing and is still, to this day, one of my favourite series of all, consisting of 5 books. I’ll be surprised if you bookworms haven’t heard of this series yet. The first book in the series is City of Bones. It’s a fantasy series that involved Nephilim – half angel, half human – and has elements of an entire world of werewolves, faeries, warlocks, etc. It’s amazing.

And an even more amazing series is the Infernal Devices series. This is the prequel to The Mortal Instruments consisting of 3 books. I have only read the first – Clockwork Angel, but already, I’m in love with it. It’s set in the 1800s, in London, based around the same theme as The Mortal Instruments.

I have not read the Percy Jackson series. Please don’t kill me bookworms, I will get to it soon! But, but! I have read the entire Heroes of Olympus series (consisting of 5 books). This is again, one of my favourite series of all time. I’ll be saying that a lot in this post, I’m sorry. But truly, it is! An amazing story filled with Greek mythology and awesome characters – LEO IS MY BABY.

If you do not know who she is by now, you will know her now. SHE IS QUEEN. I’ve read her entire Throne of Glass series  that is out so far, consisting of the 3 books: Throne of Glass, Crown of Midnight and Heir of Fire. And I have pre-ordered Queen of Shadows! The Throne of Glass series is amazing, my favourite series of all time. I need you all to read it. You never know if you’ll love it or not unless you try, so try it. TRY IT!

And I have also read A Court of Thorns and Roses which was a fantastic  new adult re-telling of Beauty and the Beast, incorporating Fae and magic.

Patrick Ness. He writes the most incredible books, and that’s big coming from me since I have only read 2 of his novels: A Monster Calls which was a contemporary fiction novel following a young boy whose mother is devastatingly ill. It addresses the themes of love and loss and Patrick Ness shows the feelings of such a young boy when dealing with something as hard as this, in the most brilliant way possible. It was heart-wrenching and beautiful.

Secondly, I’ve read The Knife of Never Letting Go, which is a sci-fi novel. It’s gritty, mysterious, action-packed and so totally unique. It blew my mind. And that cliffhanger. Oh gosh, that CLIFFHANGER.

I’ve read her entire Penryn and the End of Days trilogy, made up of 3 books: Angelfall, World After and End of Days. This series is right up there with the Throne of Glass series. It’s a post-apocalyptic novel, where angels have set about a world apocalypse. It’s gritty, raw and charged with action, mystery, a slow-burn romance that left me swooning to the moon and back. Raffe, I love you.

I’ve read the entire Lord of the Rings trilogy and The Hobbit. This author, and his books will forever be on my favourites list. These books had a profound effect on my childhood life, causing me to find my love for fantasy and books in the first place! And the movie adaptations are simply stellar!

Another one of my favourite authors! The Inheritance Cycle series, made up of four books: Eragon, Brisingr, Eldest and Inheritance. I love this series very much. It’s a high fantasy following the adventure of a young boy who finds a dragon egg and is sent on an epic quest. It’s got dragons and kings and elves and everything I want and love in a fantasy series!

I’ve read 6 of her books. The first, being the Fallen series which is made up of four books. When I read this a few years ago, I really enjoyed it. I loved the mystery surrounding everything, the time-travelling aspect, and the overall plot of it was really exciting to me at the time.

The Teardrop duology was the next series I read by her, after enjoyed the Fallen series. I didn’t enjoy this duology very much. It lacked quite a lot, and Waterfall, the last book in the duology, was quite flat to me, and the ending left a very bitter taste in my mouth unfortunately.

And there we have all the top 10 authors I have read the most books from! Granted, many were due to being series, but that doesn’t change anything!

Are any of the authors I mentioned on your list?

What author have you read the most books from out of all on your list?